I am very happy to have my piece Bacillus Chorus selected for the Listening Lounge of Sonic Matter Festival 2022. Suitable for all who like to relax and listen for a while!

In the cold season the listening lounge WEICHEKISSENHEISSEOHREN (soft pillows, burning ears) offers a space to cosy up in the warmth of a bed of pillows and to listen to current electroacoustic music. The works presented range from delicately produced sonic textures to forceful sonic bodies and field recordings. 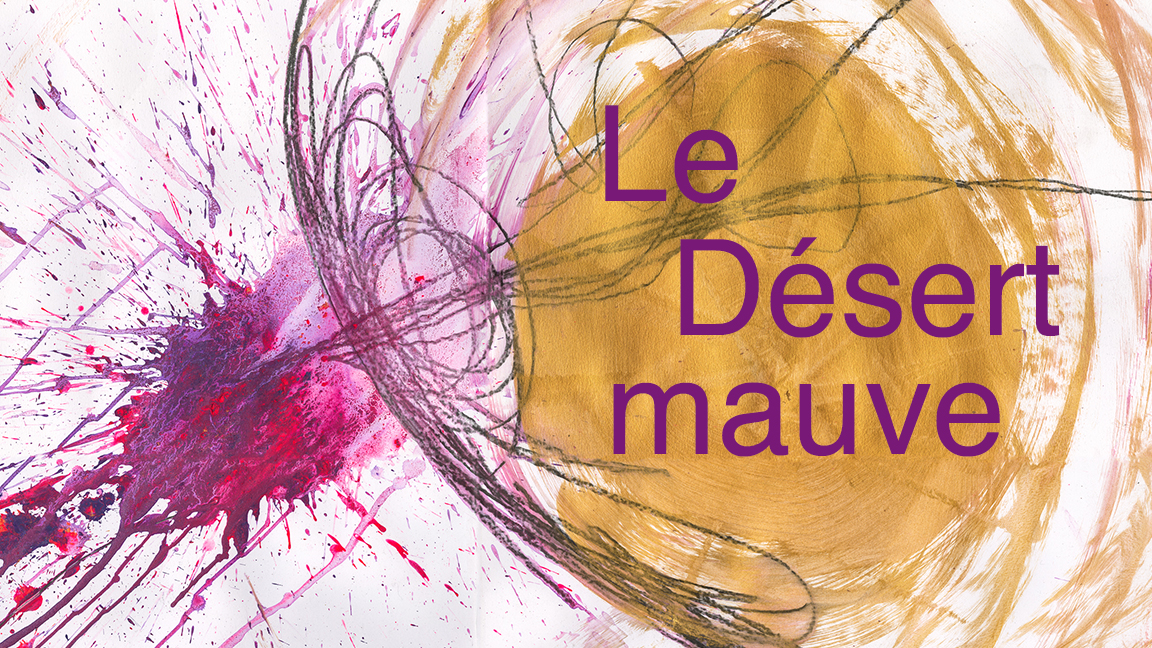 I will be playing the Theremin for Symon Henry's Opera Le Désert mauve ! Very exciting!
This October 15th and 16th 2022, at Ausgang Plaza (Montreal).
Get tickets HERE !

I am very excited to play at the Norberg Festival 2022! I will be doing an improvisation with the prototype n2 of my PhotoTable, a DIY instrument which makes sound with light and modulates it with variations of lights and shadows.

This instrument works with photoresistors, Arduino and Max, its official name hasn't be decided yet. You are welcome to share your suggestions!

This summer is time to compose new projects! I will be doing a residency at EMS Stockholm to get along with the modular synth Buchla 200 and a litte bit of Serge too, and make a ton of sounds for a new electroacoustic cycle. More about this coming soon!

I am pleased to share this project in which I participated:

In September 2017, David Dugas Dion (Cuchabata Records) contacted around sixty musicians to invite them to take part in a gigantic compilation project on vinyl which he wanted to produce on his independent, non-profit label. Almost five years later (early 2022), the project is finally coming to fruition! Cuchabata Records will release 60x44 on June 19th during a BBQ organized by the Suoni Per Il Popolo festival. During the launch, several participants who have contributed their musical pieces to the compilation will take the stage by storm, in the form of "non-existent" quartets (until then), giving into free improvisation and other abstract music (or not). The musicians participating will have their names drawn a few days before the event, thus not knowing who they will play with. Cuchabata Records presents 60x44, a vinyl compilation of 60 44-second tracks, from 60 solo artists from Montreal and elsewhere.

Suoni Per Il Popolo would like to acknowledge that the land on which we gather is the unceded territory of the kanien'keha:ka (Mohawk), a place which has long served as a site of meeting and exchange amongst nations.

My electroacoustic work Badminton Bis will be performed by composer Simón Pérez at Fantasía y Abstracción, a cycle of concerts of acousmatic and experimental music programmed by Simón Pérez and Miguel Garutti, with watercolors by Andrés Gorzycki and cushions by Estudio Ricas.
This April 22 and 23, 2022 at Sala CETC, Teatro Colón, Buenos Aires (Argentina)
Click here for more information. 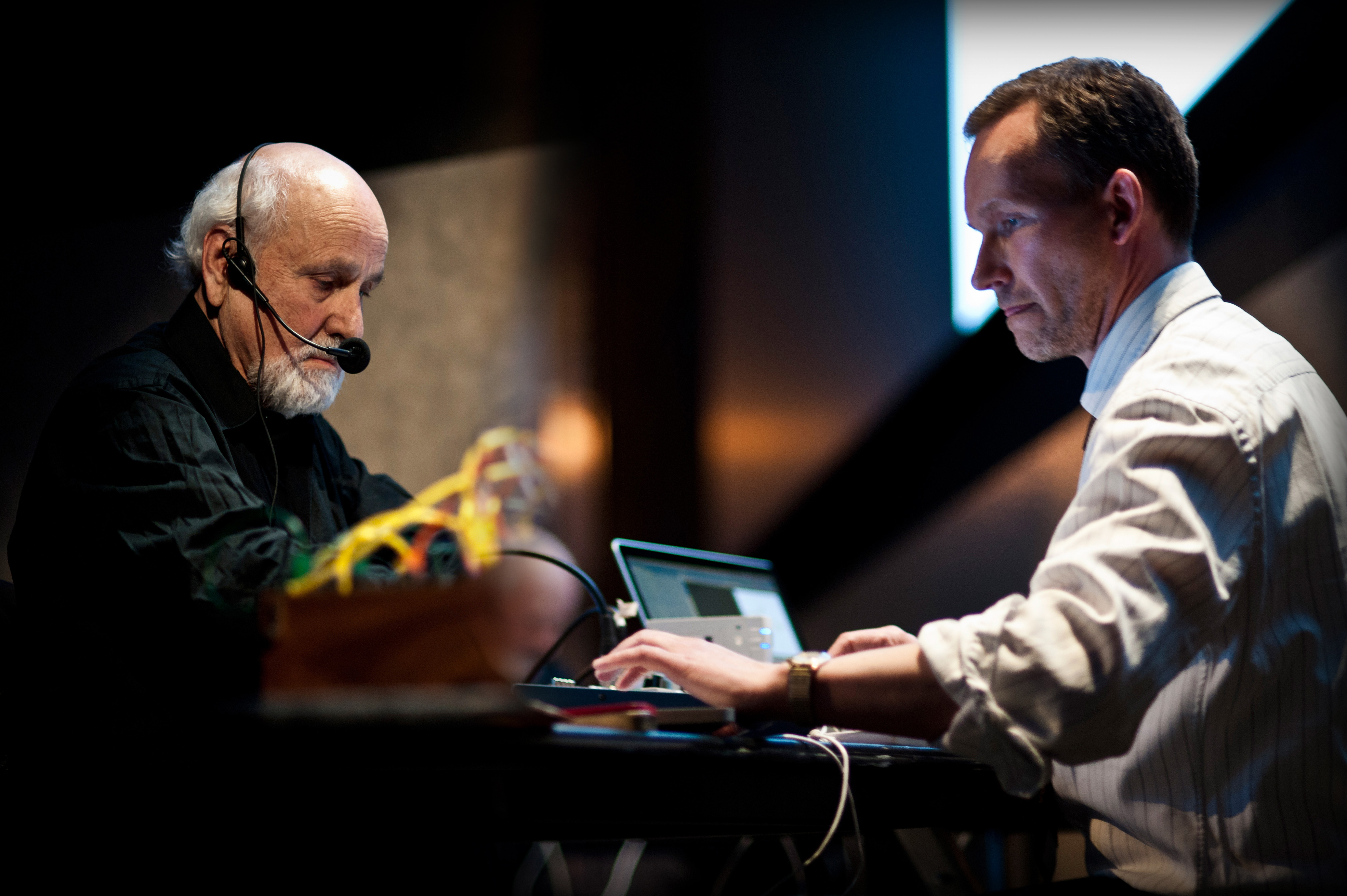 A pioneer of innovative multimedia performances, Morton Subotnick will take to the stage to perform his latest project As I Live & Breathe with live visuals from renowned artist Lillevan Recherche on March 23 at CIRMMT as part of MUTEK series in collaboration with Akousma and CIRMMT.
Opening concerts from Ana Dall'Ara-Majek and Louis Dufort.
I will present my work Xylocopa Ransbecka composed during a residency at Musiques & Recherches in 2017 and dedicated to Annette Vande Gorne.

It is with great enthusiasm that I invite you to the Grande Nuit Blanche of the MNM Festival around the theme of "Beyond Notation" which will take place this Saturday February 27th between 7:00 pm and 3:00 am!
La Grande Nuit, it's not far from about fifty local and international artists who offer you a exceptional program of electroacoustic and electronic music.
I would be pleased to present my piece Bacillus Chorus, a tribute to bacteria, and which will be shown in "Bloc 2 - Beyond the sound object, space" alongside two premieres by Roxanne Turcotte and works by Christian Calon, Stéphane Roy and Gilles Gobeil. Later in the night at "Bloc 5 - Beyond the senses", AuXauralities team with Philippe-Aubert Gauthier and Georges Roussel, we will present the creation of Vers le cristal, a soundscape that retraces the stages of our research using sounds treated only with metamaterials.
Looking forward meeting you on this virtual event!

I am pleased to present the first results of AuXauralities project with our installation: Anatomies Auditives.

Anatomies Auditives is a sound installation that addresses the notion of augmented listening by exploiting the very particular acoustic properties of meta-materials. Developed by 3D printing technology, the metamaterials reproduce digital synthesis processes by materializing them in the form of physical objects. Inspired by structures from the world of insects, these objects, halfway between artifact, animal form and architectural structure, sculpt a new sound environment within which listeners constitute a specific acoustic community.

Anatomies Auditives was presented at the Sporobole BetaLab (December 3-19, 2020) and a 3D version that can be visited by the public is currently under development.

AuXauralities project is a collaboration between artists and researchers in acoustics, where each brings its know-how in a perspective of hybridization of expertise to develop prototype works at the crossroads between arts and sciences. Members of the project: Ana Dall'Ara-Majek, Georges Roussel, Philippe-Aubert Gauthier, François Proulx, Nicolas Bernier and Julien Sylvestre. This project is made possible thanks to a grant from the FRQ's intersectoral AUDACE program and to the collaboration between the Groupe d'Acoustique de l'Université de Sherbrooke (GAUS) of the Université de Sherbrooke's Faculty of Engineering, the Faculty of Arts of the Université du Québec à Montréal (UQAM) and Sporobole.

A lot of good nows lately! I am really happy and honoured to be nominee for Prix Opus "Paper of the Year" attributed by CQM - Conseil Québécois de la Musique with my paper René Lussier’s Le trésor de la langue: Documentation of a Journey, from Linguistic Quest to Political Debate published by Revue Circuit, musiques contemporaines.
Many thanks to René Lussier and all the team of Revue Circuit!

A virtual Gala will follow next February 7th to announce the winners. More info coming soon. Congratulations to all the finalists!

I am delighted to announce that the duo blablaTrains has won a award!
blablaTrains is a gestural controllers duo formed by Takuto Fukuda playing a DIY sensor instrument, and myself playing an augmented Theremin.
We composed in 2019 the piece Pythagorean Domino. This piece won the 2nd Prize at the International Electronic Music Competition (IEMC 2020) in the category New Instruments Creative Design.

We are very grateful to CIRMMT’s general support for the gestural controller performance practice research. We also want to thanks all of the researchers, musicians, composers and friends who inspired us and supported our work!

I am very happy to be in residence at Sporobole Art Actuels for the participation to AuXauralités, a project mixing acoustic research and sound creation in which we use metamaterials to shape sound environments. AuXauralités is an intersectorial project with Georges Roussel, François Proulx, Philippe-Aubert Gauthier, Nicolas Bernier, Julien Sylvestre and supported by FRQ Audace program.

I am delighted to be invited by Juan Arroyo next to amazing composers Víctor Ibarra from Mexico and Mirtru Escalona-Mijares from Venezuela for a presentation of our latest works and a talk about the music and composition in Latinoamerica. Thanks to Juanjo Otayza and Filarmonia 102.7 FM for the great support!

My piece Badminton Bis will be performed at UNAM as part of the MusLab Tour.

My partner Ida Toninato and myself are excited to play as Jane/KIN at the artist-run centre Daïmôn this October 21st. The Sound Performance Concert will begin at 8pm, starting with a performance of Adam Basanta, don't miss it!

Be ready for the world premiere of Martin Marier's Sponge Quintet! This October 20th at Eastern Bloc as part of Akousma Festival. Check The Sponge Quintet article at Le Devoir! Watch our new teaser!

Launch of eContact 18.4 . Check out Ana Dall'Ara-Majek and Ida Toninato’s article, “Live Sound Spatialization and On-Stage Feedback Control: Cues for the development of interaction between acoustic and electronic musicians,” recently published about TIES 2016.

Premiere of Resonant Wishes at ICSA 2017

My new electroacoustic work Resonant Wishes has been chosen for the concert program at the 4th International Conference on Spatial Audio (ICSA 2017) in Graz (Austria).
Resonant Wishes will be premiered at the IKO-concert evening, 8th September 2017 at Ligeti Hall at MUMTH Graz.

I am delighted to announce that I've been selected to compose a new work for the saxophone quatuor Quasar as part of the New Chapter program of the Canada Council for the Arts.

ILEA is back! I am happy to play Theremin again with Ensemble ILEA! This Thursday at Sala Rossa. See Facebook event.

This summer is beginning active with a one-year residency with choreographer Tedi Tafel and her dancers. I'll be making sound design, music and interactive systems on this new project that involves in-situ performances, sound and lights.